A self contained VHF receiver and computer built to receive packets and gateway them to the APRS network.

APRS beacons are being broadcast all the time by drivers, helicopters, baloons and even the space station. But in order for them the make it to the internet there needs to be receivers to pick them up. Normally this requires a dedicated radio and computer. This is where the iGateMini comes in - the computer, decoding software and VHF receiver are all built in.


Take for example a driver making a road trip and beaconing their position along the way. Due to a lack of receivers there will dead spots and those beacons are simply lost. By having iGateMinis in every Ham shack we can greatly expand the coverage area and fill in all the gaps. 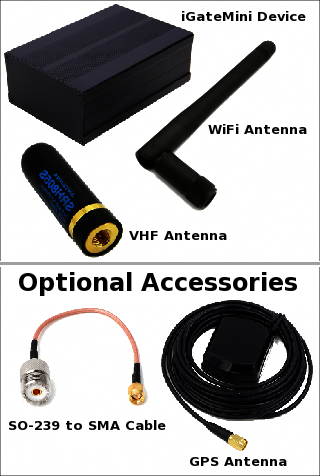 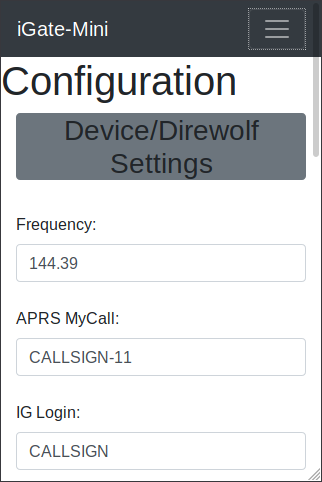 Device connects to your home network over WiFi or wired connection. Configure your WiFi settings with your Android or Apple phone! 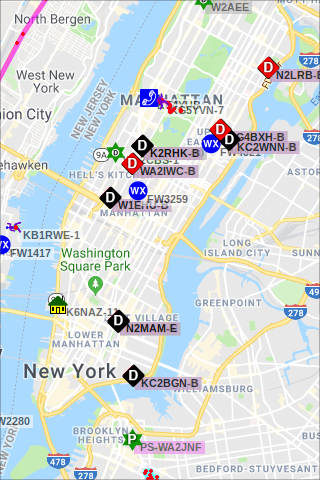 Receive APRS packets and report them to the APRS network in real time!

Go to AprsDirect.com Go to aprs.fi

Monitor Your Status in Real Time 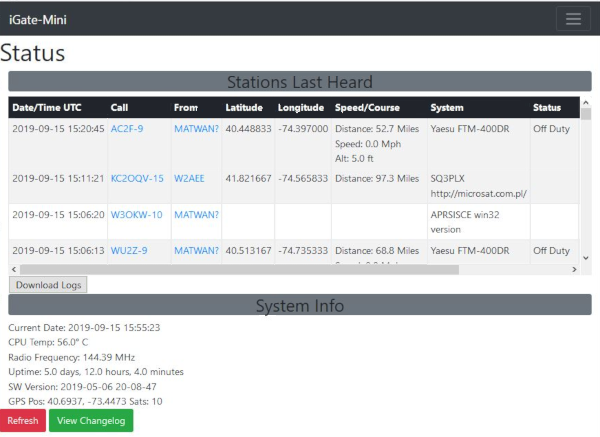 View your the packets you receive in realtime from any web browser or smartphone. 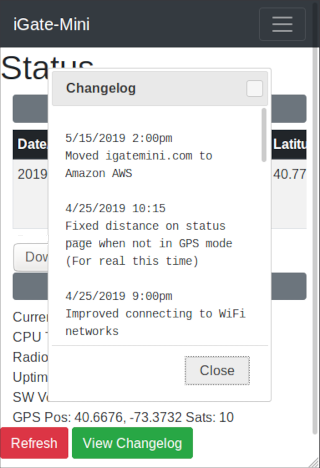 Your iGateMini is updated automatically for performance improvements and bugs fixes. A full changelog is available.